Bangladesh Ignite Youth Society (BIYS) was founded in the year 1996 being registered with Directorate of Social welfare, Govt. of the Peoples of Bangladesh bearing registration Number Nawab-149 of 1998 on dated 26.10.1998. At the same time it was also registered as societies under the societies Registration Act XXI of 1860 with Registrar of Joint Stock Companies, Rajshahi, Bangladesh and bears Registration No. Raj-S-23 of 1998 dated 24.02.1998. It has been also registered under foreign donation NGO Affairs Bureau ordinance, 1978, bearing Reg. No. 2088/2006, dated April 12, 2006. The NGO also registered with Micro Credit Regulatory Authority bearing Reg. No. 02908-03316-00340 on dated October 29, 2008.

The BIYS was established under active initiatives of few social workers along with some other philanthropist having long experience in the field of development work.

Main objective of the society is to improve the socio-economic and health condition of landless poor people, who suffering from poverty. BIYS has been reportedly working all over the country of Bangladesh. 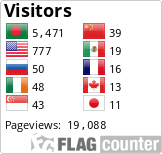